This #ParametricDaily includes 4 variants of the same concept: the application of subdivision(s) to a 3D knot mesh pipe. The base mesh was created by sweeping a 4-edge section along a trefoil knot 3D curve.

The edges of the base section were divided into multiple, non-uniform segments, so the bridging operation that connects the different sections generates a mesh already divided into multiple quad polygons. The subsequent subdivisions use two components included in the Mesh+ free add-on. 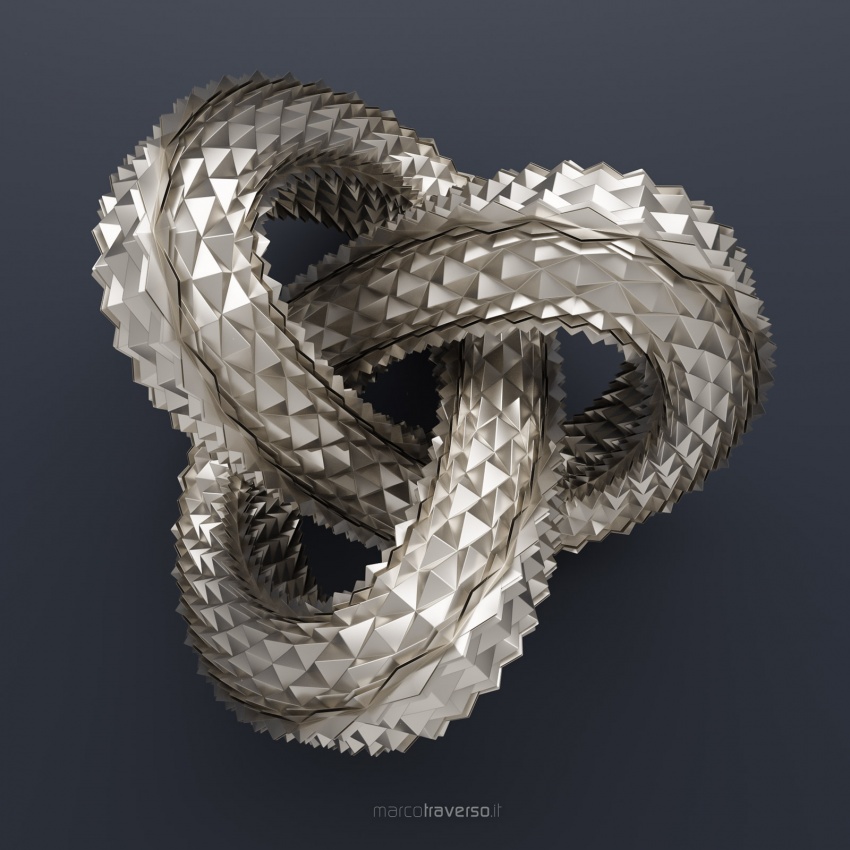 The sharp edges were softened in Blender using a Bevel modifier - which so far I haven't found in Grasshopper. 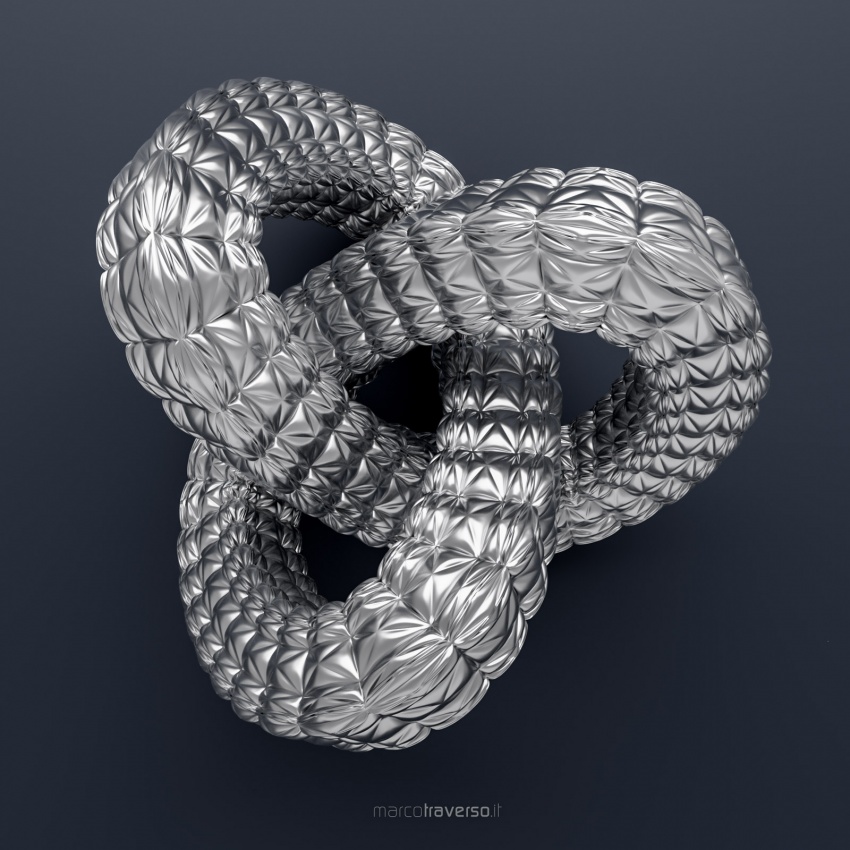 The third and fourth images use the Polyp effect (always included in Mesh+): in the fourth image it is applied multiple times. 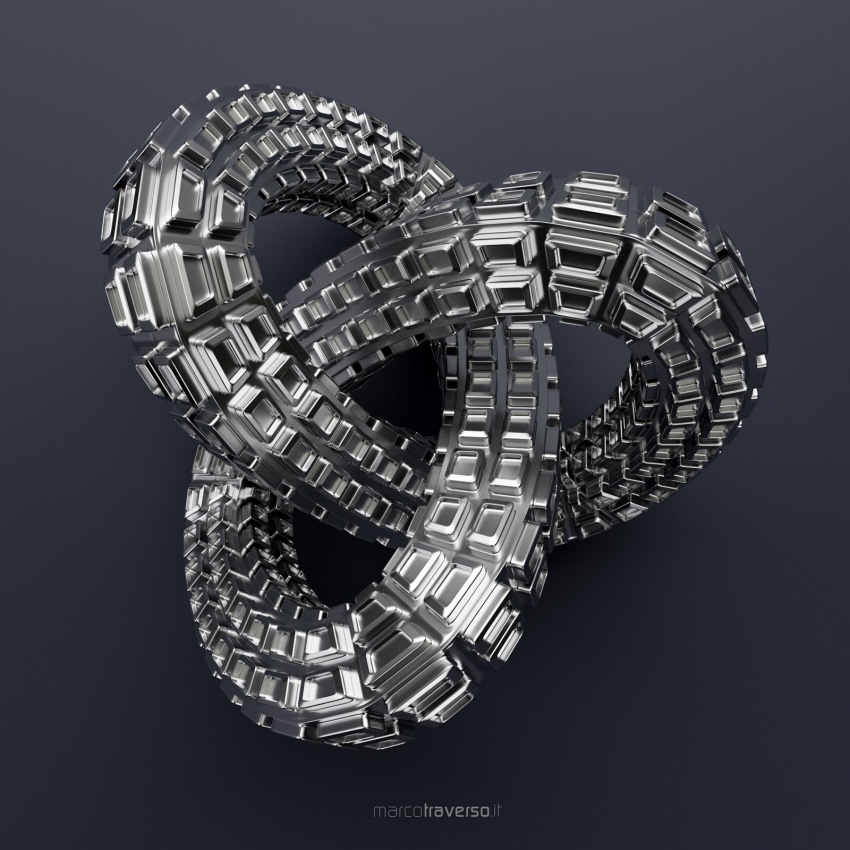 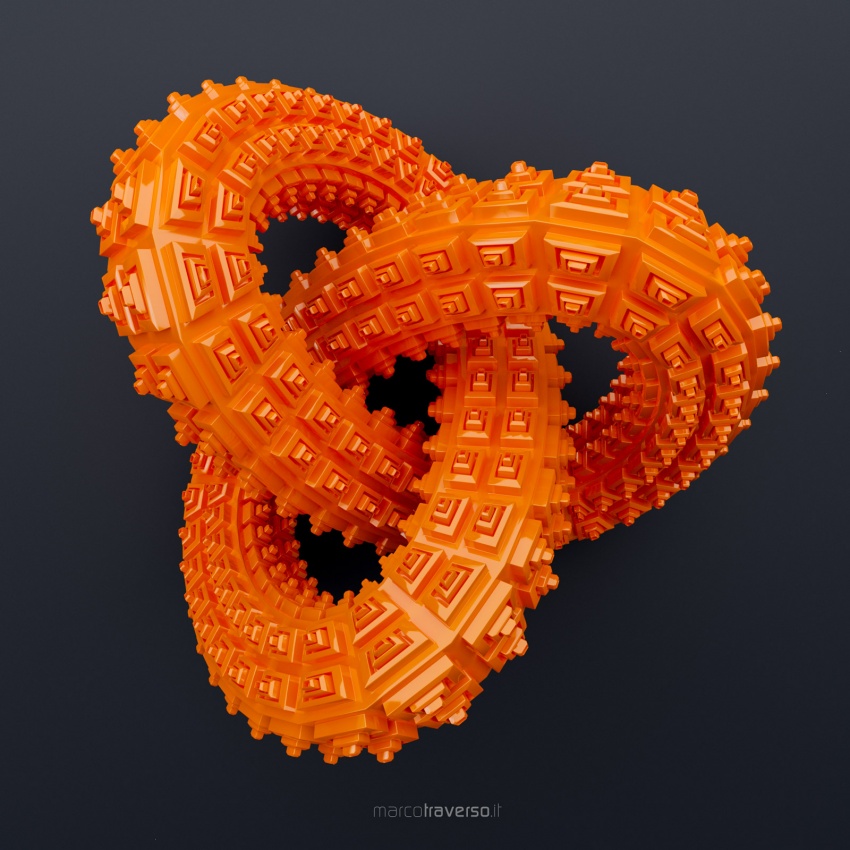 The images are abstract but give a good idea about how to use these types of subdivisions for creating real world 3D models.

We use cookies to ensure that we give you the best experience on our website. If you continue to use this site we will assume that you are happy with it.Ok